Beyond the Pill Box 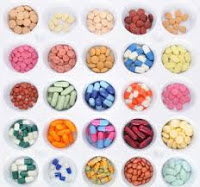 When a medication is prescribed,  its effectiveness in treating or improving the condition for which it was given can only be measured if taken consistently and as prescribed. For many, medication compliance is a challenge.This is especially true for those who take multiple medications, senior citizens, individuals with mental illness and those who are visually impaired.
Over the years several medication adherence aides have had some positive impact on compliance. However, even with the various devices available, non-compliance continues to have a negative impact in healthcare, inhibiting practitioners ability to improve a patients' health and their quality of life. This behavior ultimately leads to frequent hospitalizations and for some premature death.
Data suggest that 60 percent of individuals with depression, one half asthmatics and two thirds of individuals with HIV fail to take medications as prescribed.The cost of non-compliance in the United States is skyrocketing estimated  to be between $100 - $300 billion annually in the US alone. It is apparent a solution to this problem is needed.
In November 2017, the FDA approved the use of digital pills. This new technology will allow the tracking of a medication when taken. The patient receives a motivational message when a medication is taken or an alert if it is missed. The physician and designated family members also gets a readout on the patients' medication activity. The digital pill has several hurdles to overcome, especially those related to privacy but early data suggest a 99% compliance rate in a study of a small group of individuals being treated for Hepatitis C leading to a 100% cure rate. It is believed that with time the digital pill will be widely accepted not only by the medical community but also by the consumers of health. Learn more "What is a digital pill"?